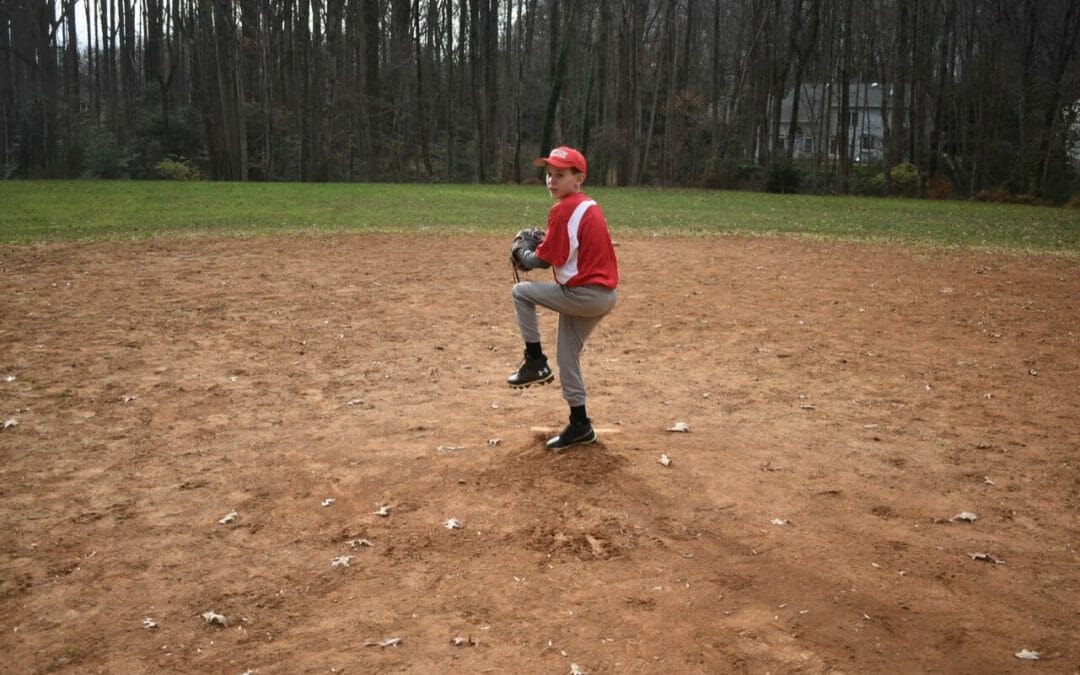 During the offseason, I resume one of my eternal quests, to write a really simple book for new coaches.  The one I have on the website is long and I think it’s complete, but I think it can be boiled down and amplified for just new coaches of T-ball, machine pitch and the start of kid pitch.

The picture shows one of our best pitchers from the fall.  In the championship game he went 3 innings, gave up no hits and had a 70% strike rate — which is — I think — the best number to look at when evaluating new pitchers.  If they can throw strikes they can be very effective.

The family and the player were kind enough to agree to a photo shoot for this website and the book that’s in progress.   I had taken pictures of a player a while back when the player was 10 and I just learned that player is now 28.  Those pictures weren’t at the right resolution; in spite of all the events that have kept me from finishing that book, but I’m determined to see it get out the door.

Anyway, back to today’s blog.

Once pitchers are set the first thing you want to do is have them lift their lead leg and then drive toward home plate.  Most pitchers are excited by this and lift their leg happily like what they see on television.  And then they LOSE BALANCE.  Then I say, skip it and just step toward home and skip the leg lift.

It’s not clear the leg lift does all that much for you — especially at the youth level.  But let’s get on the assumption that it helps add some velocity.  Certainly to the lay person a big leg kick SEEMS to help add some velocity and I would suspect that it does — if and only if the leg kick does not cause any and I mean any reduction in balance.

Most new pitchers just can’t stay balanced when they lift their lead leg.  Some pitching books refer to the point at which the leg lift is at its highest is called the “balance point”—ergo—intends to be highly highly balanced.   Essentially they are doing a single-leg squat with the real leg and it requires a really strong core.   For pitchers that can’t do this and be super balanced, its better for them just to stride toward home.

This pitcher has great balance.  I remember the first practice and I saw the balance and I said to myself, “OK we have one pitcher….”  Look at the highest point the leg has reached–you don’t see any notion that the pitcher is going to fall off the invisible line that runs from his head down to his rear foot.   He’s actually leaning forward a little.  Most new pitchers end up leaning back to avoid falling.  Leaning forward is good.  Leaning back is horrific.  How on earth can you generate any power at all if you are about to fall?

Just say no to pitchers with a big leg lift like they see on television if they can’t maintain great balance.  Show them this picture and tell them, NO LEG LIFT until you are balanced.